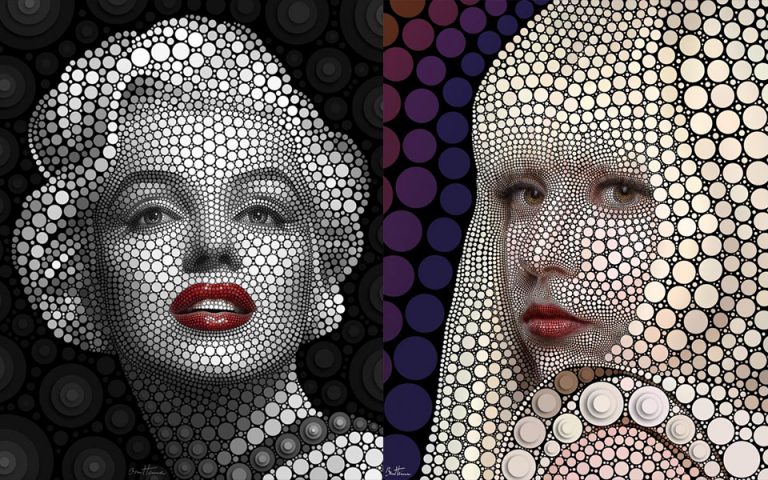 See how skillfully, clearly and beautifully Ben designed celebrity portraits created with circles. He used graphic software along with creativity for making these portraits.

Celebrity Portraits Created with Circles… Ben Heine is a Belgian multidisciplinary visual artist and music producer. He born in 1983 in Ivory Coast but at present living and working near Brussels in Belgium. He earned name in 2010 with the origination of a new art form titled “Pencil Vs Camera”.

He is also the creator of other original art series titled Digital Circlism and Flesh and Acrylic. His designs have been included in newspapers and magazines and since 2010 his works have started to populate art galleries and museums in Europe, Asia and Russia. Ben started producing and composing music in 2012.

“I’m best known for my original art series Pencil Vs Camera​, Digital Circlism​ and Flesh and Acrylic​. My visual art has been exhibited in different galleries, fairs and events in Europe, Asia and Russia. I’ve made live performances in several major shopping malls and events in Hong Kong, Moscow, Ankara, Brussels. A short documentary about my work was released in 2012. I have 2 beautiful children”. Says Ben Heine.

He is a talented illustrator and photographer. He has master’s Degree in journalism and has a varied experience in visual and musical arts, communication, digital networking and graphic design.

This series was started in 2010 using graphic software and all his creativity. Ben flawlessly re-forms iconic history and pop culture faces with smooth circles of many sizes and colors to give them energetic and 3-dimensional appearance.

Heine describes it a fusion of Pop Art (including imagery from popular culture) and Pointillism (painting technique that uses small, dissimilar dots of pure color). In this series, he keep informed the pointillism school of art by making the “points” definite identifiable circles with which he creates portraits of pop icons and others.

His circle method adds a representative consequence to the subjects portrayed. You’ll amaze to know that each portrait needs between 100 to 180 hours of work to be completed. In 2015, Heine work together with Mazda to create a circle design showing a giant lion’s face on the hood of a Mazda 3 car. The result was unveiled at the Brussels Affordable Art Fair.

Each portrait is awe-inspiring and admiring. You’ll love the way he worked to make the celebrity portraits created with circles. 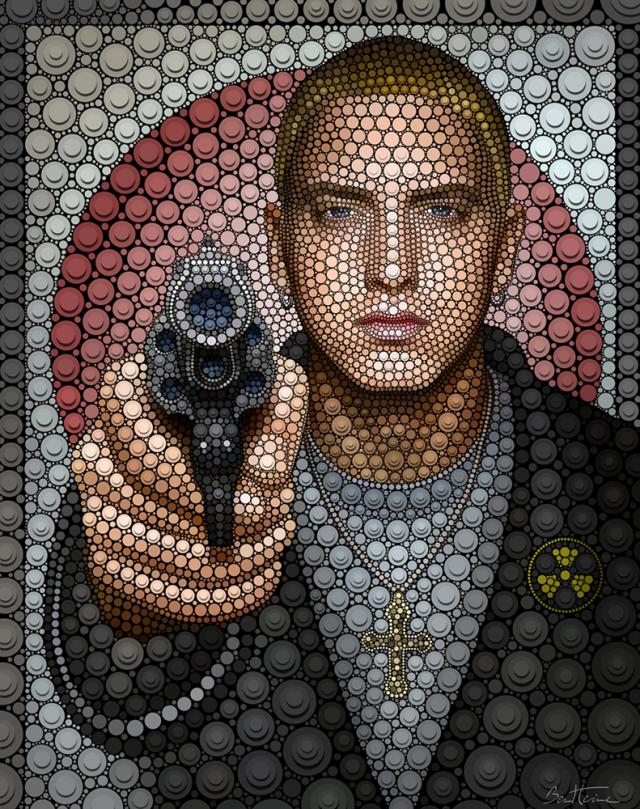 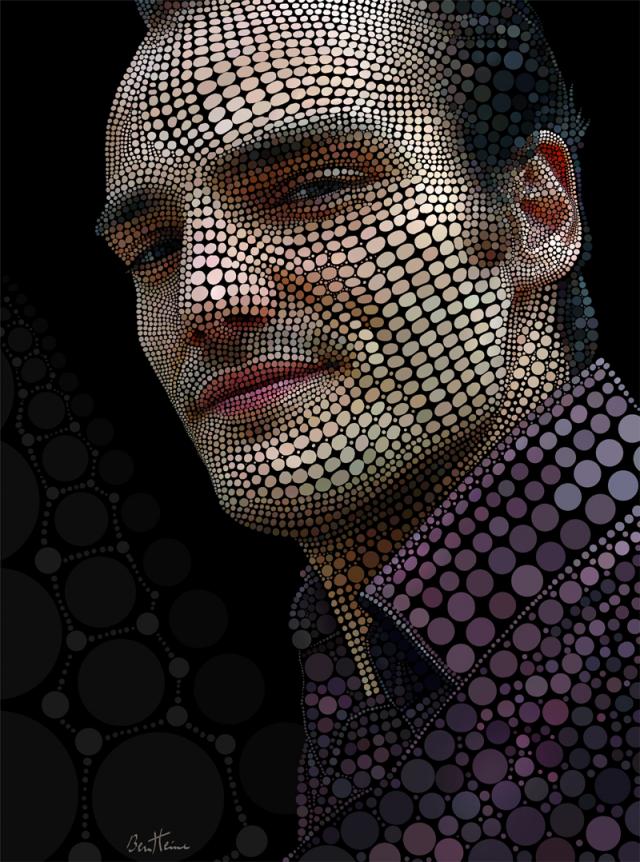 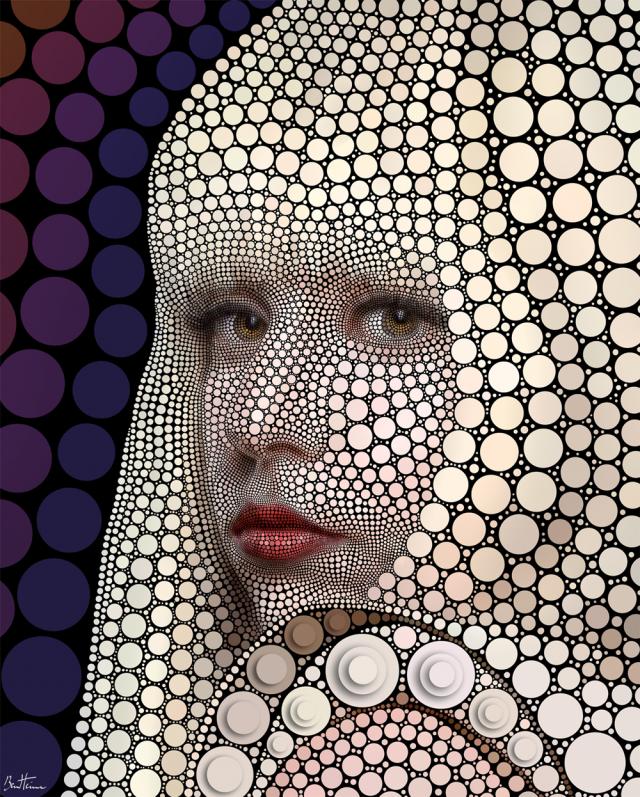 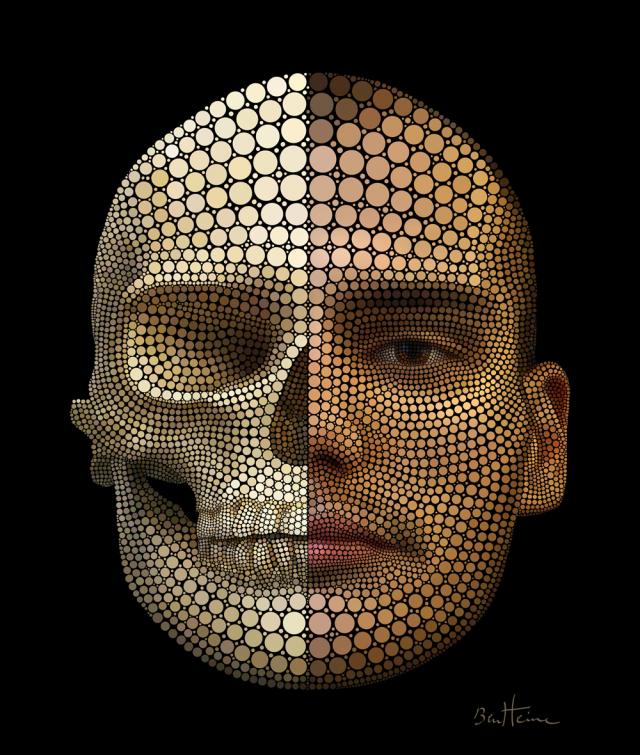 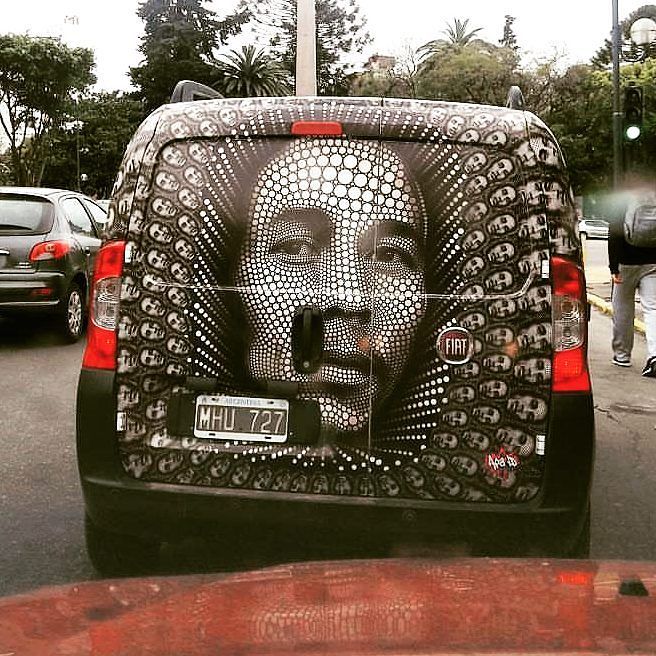