Maan·
All ArticlesTech
·10 years ago· 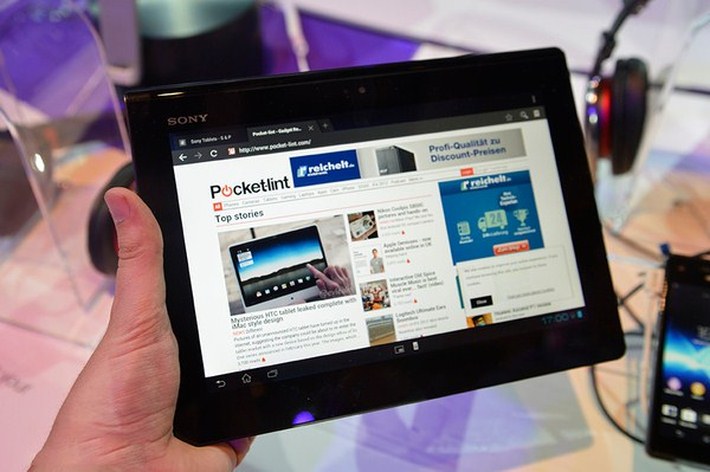 The close of 2012 saw fierce competition for market dominance among smartphone and tablet manufacturers, a growing app market, a push for faster connectivity and crisper images, and a user-friendly integrative focus in gadget development. Will 2013 see the continuation of these trends, or will the digital market shift in the coming months? This article will explore the top tech trends to look out for in 2013. While some trends will continue unabated, changes are afoot in the world of mobile gadgetry.

The Death of the Netbooks and the Rebirth of the Tablet As the most innovative and adaptable gadgets continue to dominate, those which have fallen short of expectation will hear the death knell of the tech world—an announcement of discontinued production.  Acer and Asus have announced that they are stopping the manufacturing of netbooks as of January 1, 2013. Once hailed as a new era of PC mobility and the saving grace of the PC industry, the netbook revolution turned into a disappointing trend of poor performance and limited capability. Asus and Acer were the last two companies left to produce the netbook at the end of 2012, with all other major brands discontinuing netbooks after disappointing sales and shifting their focus to tablet development instead.

The swift decline of the netbook after just five years on the market can be attributed to the limited performance of netbooks combined with the popularity of powerful  tablet PCs (which offer faster processers, chic displays and advanced app capabilities). Does the discontinuation of these netbooks foreshadow the continued decline of the PC market in general? No. Android and Windows tablets like the Microsoft Surface and the Lenovo Tablet PC are still vying for their place in the iPad-dominant tablet market, though they are becoming more popular every year. Thus, it is too soon to declare this as the Age of the iPad, but one thing is clear: the age of the netbook is over before it really began.

App Explosion: A Growth in Number and Variety 2013 will be the year of constant connectivity. With mobile tech users expected to outnumber desktop PC users by 2014, and the number of average minutes spent on mobile devices a day on the rise (currently at 82 minutes a day), the upcoming year will see the development and maturation of modes of connectivity. One such mode of connectivity is the continued development of mobile apps for all facets of life, entertainment, personal health and business. Apps will become more tailored and customized for individual users. Compatibility across different devices and for different types of users will be a prized focus of new apps. While Apple’s App store will continue to dominate revenue-wise, Google Play had about the same number of total apps, with a 300 percent increase in revenue in 2012. Don’t discount the Blackberry App World or Windows Phone Store either, as they boast over 100,000 apps.

Spice Up Your Website with Parallax Scrolling Plugins and Tutorials

2012 was a monumentally successful year for digital music, movie and game sales, with more than 1 billion GBP spent on downloaded merchandise. This figure reflects more than just a common penchant for entertainment among tech users.  It reveals the popularity and success of targeting consumers with innovative services that create the easiest and most convenient method of entertainment procurement. For instance, digital music sales were up 15.1 percent from 2011, and total digital sales were up 11.4 percent from 2011, with video game sales comprising of more than half of the market share. With a quarter of the entertainment market going digital, this trend will continue to dominate into 2013. The resilience of the physical business market should not be wholly discounted, however, with many individuals still choosing to purchase a tangible copy of their favorite game, DVD, or CD.

2013 will thus see the maturation of successful tech gadgets, such as the tablet, and the burial of others, like the netbook. Continuing themes include more advanced apps and an increased focus on user integration and digital purchases. Unforeseen developments, such as the strength of the international business economy, will undoubtedly affect these trends, perhaps by altering buyer preferences and new gadget production. Nevertheless, the gadget market will continue to develop as a competitive marketplace of ideas and risk.