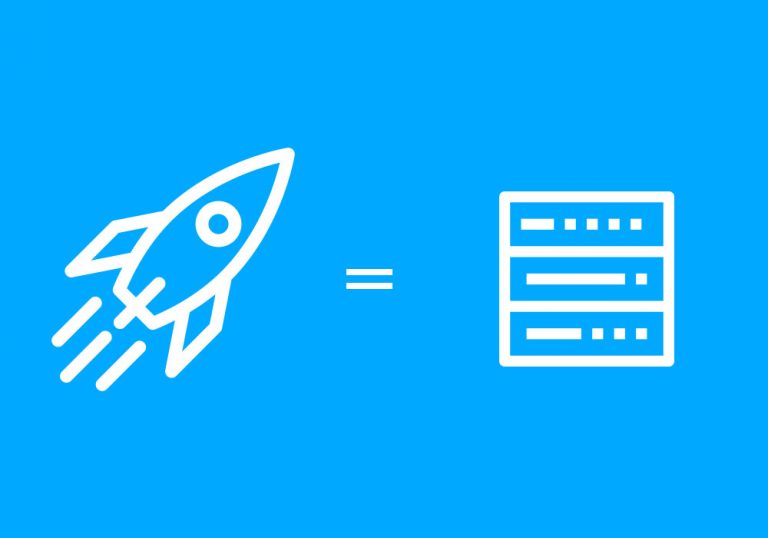 Home
All Articles
Benefits of Load Testing Your Website

E-commerce has rapidly taken over as the primary means for businesses to advertise and, owing to the rapid demise of traditional brick-and-mortar locations, service customers via online sales. Customer communication and client management, along with other front end services have naturally transitioned to the web as well.

As such, website performance and up time has become essential for businesses to remain relevant and competitive. This holds true for both large corporations and solo ventures. Apart from business, maintaining a social media presence on a individual level is ubiquitous to the point that maintaining a personal website is practically assumed.

Whether a website is maintained for commercial or social use, an essential part of streamlining and maintaining its efficiency and functionality is load testing. Load testing, a small but increasingly important method of monitoring under the broader umbrella of performance testing, is important for measuring the capacity and stability of a site or application to handle transactions from users. Alternately referred to as concurrency, volume, or liability testing, load testing is vital for websites, given their inherent status as a multi-user platform.

The Role and Benefits of Load Testing 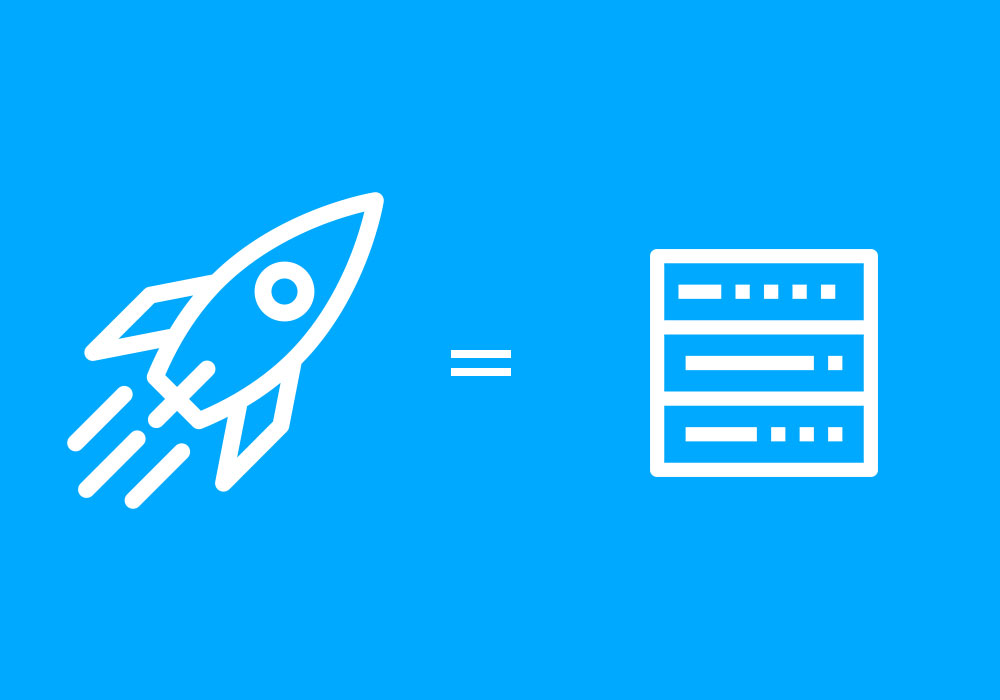 At its simplest, load testing is subjecting a website or application to access from users and monitoring how the test subject responds. Generally speaking, load testing attempts to emulate expected traffic; in other words, load testing seeks to model and test real-world capacity scenarios in order to determine whether or not the website or application can handle its intended capacity at given times. This differs from stress testing, which tests the ability of the system to handle unfavorable or extreme conditions, thereby determining performance in unlikely or “worst-case” scenarios. Load testing, therefore, is primarily concerned with practical data and day-to-day operations.

Because load testing deals with real-world scenarios, it enables website owners to determine whether or not the site in question will hold up to its intended capacity. It offers an accurate gauge of how quickly and efficiently the website will respond against predicted capacity, which is important when evaluating overall customer experience.

When it comes to websites, speed and performance are everything, and load testing will quickly identify whether or not the server architecture is sufficient, or if upgrades or changes are necessary. This is particularly crucial for testing a website relaunch or redesign before it goes live. Of course, the user’s own internet speed and other factors will impact their performance, but load testing guarantees that any hindrances on the client side are identified and rooted out, allowing for smoother release of updates in the future.

Load testing will also identify any potential or actual bottlenecks in performance. Catching bottlenecks early is essential, as fixing them early means they will not interfere with or complicate any future updates or changes to the website. Likewise, load testing reveals problems within your technology stack, or the totality of programming languages and software used to create your website. Identifying these problems from the within the complex web of software and languages that compose your tech stack can quickly become a “needle in a haystack” situation as the complexity grows, but load testing enables you to isolate these problems and deal with them individually, rather than having retool or scrap the entire stack. 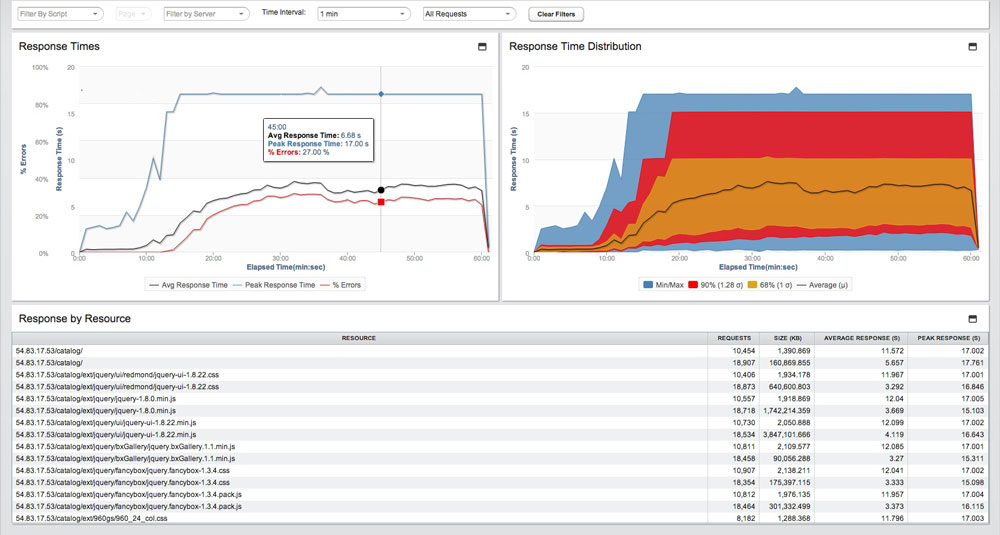 With the importance of load testing clearly established, it should come as no surprise that the market is awash with tools for performing these crucial analytic operations. When selecting the right tool or suite of tools, the decision ultimately comes down to what is being tested and whether or not the functionality of the tool meets said demands. 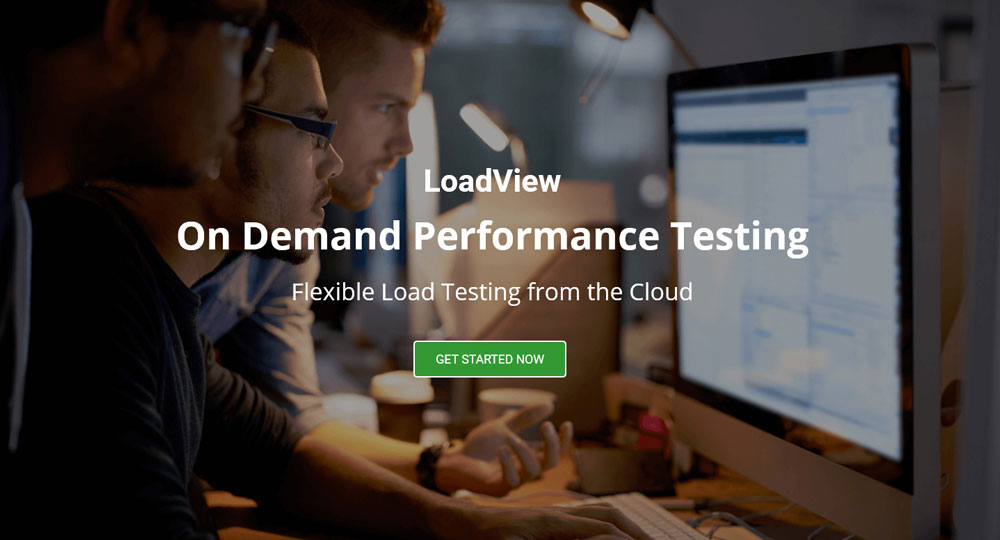 LoadView, an entirely cloud-based load testing tool, bears mentioning as it is a fully scalable testing package, meaning it is suitable for testing everything to small applications to websites with high volume and numerous features. LoadView excels at simulating real users, a fact owed to its use of real browsers as opposed to headless phantom browsers. This means the data garnered from tests is as close to real user traffic as possible, which makes its data more accurate than other performance testing tools. Suitable for both load and stress tests, LoadView is fully managed and available on demand, thanks to its global cloud-based infrastructure. Additionally, since LoadView is scalable, users need only pay for features that are immediately necessary or relevant. 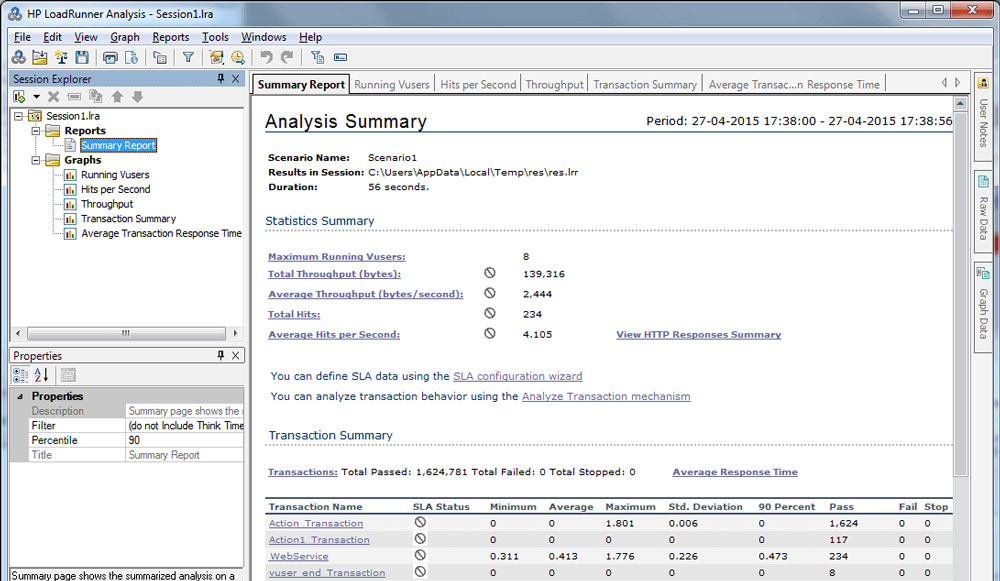 Designed primarily for Microsoft and Linux users, HP’s load testing tool is a practical option for those looking to simulate traffic from a large pool, as it can effectively simulate thousands of users. Available for purchase through HP’s software store, this tool is acceptable for those looking to purchase a blanket package for large-scale tests. It provides all of the basic data one would expect from a performance test, with a focus on generating virtual users. 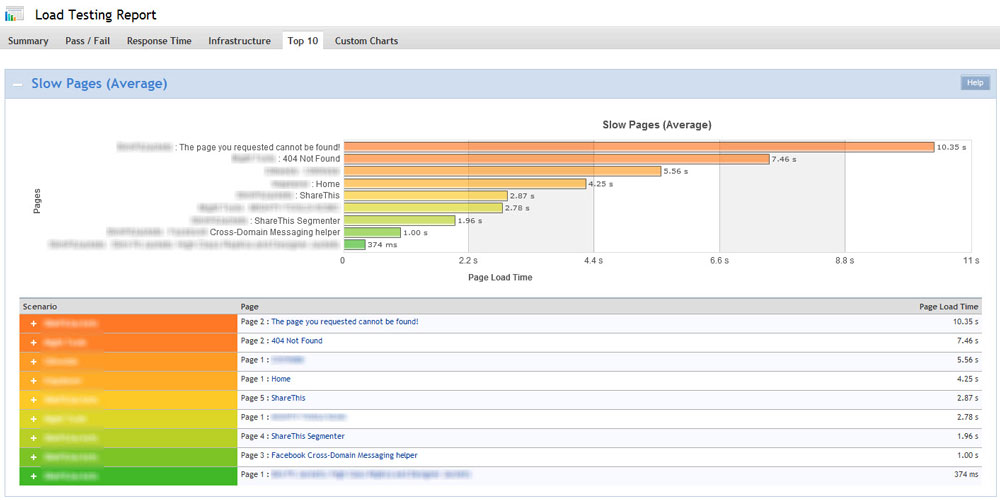 If testing from a 64-bit system, LoadComplete is a reasonably affordable option. Capable of simulating hundreds of user via both the cloud and your local machines, LoadComplete generates comprehensive reports and metrics on user experience, application behavior, and the system’s overall response and performance under significant loads, making it a viable option for stress testing.

This tool is fairly affordable with some room for scaling, offers easy to understand reports, and is designed for HTTP load testing. Loadster can simulate a large number of users, making it well suited to stress tests, and the accessible GUI makes implementing scripts straightforward. This desktop-based tool is often recommended for users attempting to identify bottlenecks.

This is merely a sample of the tools available, but even this small list demonstrates the versatility of options. Ultimately, choosing a tool boils down to the stability, scalability, and speed of the software in question, with affordability and user-friendliness also worth considering. Whatever tool is chosen, what matters is that load testing is carried out to analyze and ensure the functionality and usability of a website, be it a commercial or personal venture.