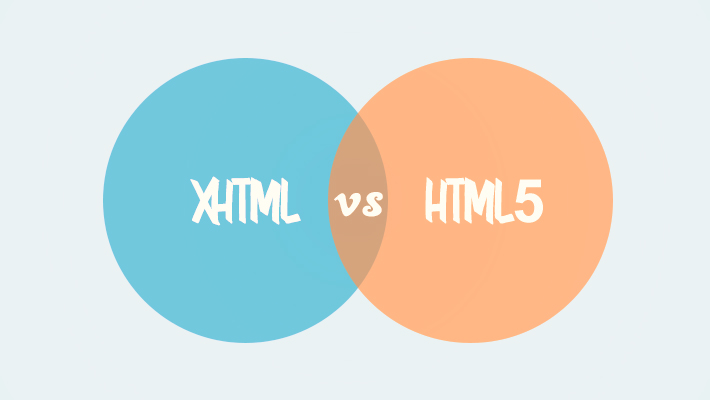 Home
All Articles
HTML5 Vs XHTML 1.0: Who is Winning the Race?

Over the last two years or so there has been a raging debate in the web developers’ community regarding HTML5 and XHTML 1.0. Which among the two is a better language when it comes to building a website? While some developers sing praises of HTML5 some still prefer to stick to XHTML. There have been numerous arguments and counter arguments regarding these two technologies. Here in this article let us try and find out the answers to these questions. Before that we shall take a look at the basics of HTML5 and XHTML 1.0 XHTML stands for Extensible Hyper Text Markup Language. It is basically a web document standard that came into being almost a decade back soon after the HTML4 was standardized in 1997. In short it is a combination of HTML4 with elements of XML (Extensible Markup Language) 1.0.  XHTML was developed to bypass the loopholes HTML4 that was known to generate lenient and sloppy syntax. XHTML was developed to make HTML more extensible and increase interoperability with other data formats. HTML4 was basically an application of Standard Generalized Markup Language (SGML).  SGML was complex, thus web browsers and other parsers weren’t fully conformant to it. To overcome these strict XML standards were incorporated into XHTML. This allowed documents to be parsed by existing XML parsers allowing web browsers to easily understand and represent the data. HTML5 or Hyper Text Markup Language 5 is the latest version of the famous markup language that is taking web development to the next level. This language has been under constant development since its introduction a few years ago and is expected to be finalized in 2014. It brought in the much needed developments in the legendary language which was failing to meet the expectations of the web developers as its predecessor was developed more than a decade back. HTML5 comes with many new features that allow developers to incorporate richness to their website. It is an advanced version of HTML4 markup and also has some of the features of XHTML 1.0.

If we compare HTML5 with its predecessor we will see that it brings in many new tags such as those used for menus, headers, navigation and other elements of the website. Apart from this HTML5 has introduced native support for Audio, Video and SVG images thus allowing web developers to create multimedia based websites without having to depend on technologies like Flash. It has also made websites faster and mobile friendly which is the needs of the hour. Developers are making use of this markup language along with CSS3 to create robust web applications.

To sum up it is difficult to compare two technologies that were developed a decade apart. While some say that HTML5 would soon displace XHTML 1.0 as the dominant web language there are others who predict that XHTML 1.0 still has a long way to go before we write its obituary. With XHTML 5.0 expected to release soon we shall have a level platform to make comparisons. So the technology that you would use to develop your website is purely based on your requirements. HTML5 does offer you all the solutions that XHTML 1.0 has to offer but it still allows lenient code much to the disappointment of many users.