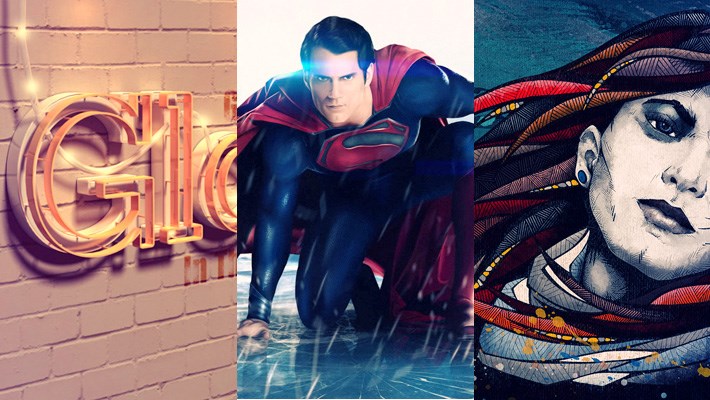 Hopefully our reader like this collection of Stunning Photoshop Tutorials. I would love to listen to within the feedback your thoughts on the post.

In this tutorial, we will show you how to create a summer inspired 3D text effect. In the process, you will learn how to use Photoshop’s 3D features to create the basic text shape and then combine it with various images in order to achieve a desired result. When illustrating a scene, it is important to think about several factors including lighting, depth of field, and color. You can also enhance your illustration by conveying an emotional message. In this tutorial, will show you how to create a heart warming wildlife illustration using a variety of digital illustration techniques. Create a Soil Cake for Pie Charts and Infographics

Infographics are an efficient and fun way to present data. You may notice, however, that infographics are often flat vector illustrations. What if you wanted to create something a bit more photo realistic? In this tutorial, we will show you how to create a soil cake using photographic elements for use in pie charts. If you saw the movie “2012″ you may remember that scene where the California coast begins to break apart and fall into the sea. In this tutorial, we will show you how to re-create that scene using a selection of stock photographs.

Your initial sketch is one of the most important elements of a digital illustration or painting. Your initial sketch will set the tone of the rest of your artwork so it is important to get it right. Every artist has their own method of producing a sketch. Some artists sketch from memory, some sketch from a reference. In this tutorial, we will show you how to use a grid to help you sketch from a reference image. We will then show you how to turn that sketch into a realistic-looking “Man of Steel” inspired digital painting that conveys the same feel and intensity as the official promotional material of the movie with the addition of some strong lighting and motion effects. Photoshop CS6 is packed with new features that will help you create better interface designs. In this tutorial we will utilize Photoshop’s new vector editing and stroke capabilities to create an administrator dashboard interface. We will also take advantage of Photoshop’s new snap to pixel grid feature to help create crisp and clean web graphics. In this tutorial, I will show you the process of creating this Create Facial Photo Manipulation Surrounded by Electrified Orbs in Photoshop. I will show some interesting methods to rendering the electrified orbs by utilizing lightning textures and various Photoshop tools.

We will go through manipulation techniques such as clipping mask, layer mask, layer blending modes and image adjustment layers. How to Create a Beautiful Mixed Media Illustration

For many artists, an illustration begins with a pencil, a piece of paper, and a great idea. In this tutorial, Andreas Preis will show you how to create a beautiful mixed media illustration by sketching out an idea on paper, inking it, and then by bringing it in to Photoshop to clean it up, add color, and finally, to add some special effects. While this tutorial is written, it also includes a time-lapse video demonstrating the entire process of drawing and inking the illustration on paper. In this quick tip tutorial we will explain how to create realistic shoelaces from scratch in Photoshop. Tintype photos are more than just a black and white photo with a grunge layer blended on top. True tintype photos were developed under unique conditions with specific equipment. For example, the film used in the era of the tintype required the subject to attempt to sit still because the film had to be exposed for up to 20 seconds. The result is that the subject (or camera) often moved, at least a little, causing a blurred effect. In this tutorial we will walk you through the process of how to reproduce these conditions in Photoshop to create a tintype effect.