Game Design in 2018: What to Expect from the Industry?

The game design industry is a hub of activity. The advent of modern online games and the fantastic design methodology has created a treasure trove of opportunities.

Limitless Possibilities in the World of Online Games

Game design is an exciting, dynamic, and immersive arena where creative talents can conjure up amazing new realities.  The game industry, a.k.a. the interactive entertainment arena, is geared towards providing entertainment to millions of people around the world. In the US, this industry provided employment for approximately 155,000 workers in 2014, and numbers have exploded since then. Interactive online games cover the full spectrum of puzzle games, social games, shooter games, strategy-based games and even online casino games. From Angry Birds to Call of Duty, players get to enjoy a smorgasbord of offerings. The overall quality of game design and functionality determines whether an online game succeeds in the competitive markets.

How important is online gaming to GDP?

Over the years, we have seen dramatic changes in game design. Rudimentary game designs included black screens and white dots with games like Pong, and they quickly evolved into more interactive attractions such as Pac-Man, Super Mario Brothers and cutting-edge latter-day titles like Resident Evil. In 2014, the gaming industry generated sales revenue of $22.41 billion when accessories, software, and hardware were accounted for. At that stage, the online and conventional gaming industry were growing at 10% per annum between 2009 and 2012. In 2012 alone, US GDP was bolstered by an additional $6.2 billion worth of interactive entertainment revenues. Such is the significant contribution of online games that game design is increasingly important in determining profitability.

According to Statista, the global online gaming industry is expected to leapfrog from $1.72 trillion in 2015 to $2.2 trillion by 2021. The most important markets for online gaming include North America (the US and Canada), and Asia-Pacific. A total of 78% of worldwide revenues are generated in these two regions. Online games include MMO games (pay to play), social games, as well as mobile gaming options.

MMO games are either free to play or pay to play, and they account for a large portion of global gaming activity. In 2016, it was estimated that $10.2 billion was generated globally (Tencent), and the monthly consumer online gaming traffic in 2018 is expected to be 2,857 petabytes. In simple speak, this means that gaming is increasingly popular and that all aspects of the industry are on the up and up.

Video games are ubiquitous in the average US household. Over 50% of American families have video game consoles in the house, however most families have at least 2 of them. The player age is typically 35+ years of age, with most players being over 37. A surprising statistic and one that game designers take into account all the time is the high percentage of females that play online games.

The industry is split almost 50-50 between males and females, and has been moving in that direction for several years. Thanks largely to free-to-play games and social media platforms like Facebook, female gamers are increasingly dominant. As more marketing initiatives are brought to bear, game design becomes increasingly important to attract the right demographic. Online games cover a multitude of themes, ranging from cartoon-style attractions to superheroes, Vegas-style games and more.

Superstars of the Online Gaming Arena

In the early years, Japan led the way as a powerhouse in online gaming. Pokémon Go, Super Mario Brothers, Pachinko and other games are popular in Japan, and online. The top three countries for game development include China, US, and Japan. It’s important to assess the value of game design with online games. In 2017 for example, some of the worst games – according to design – were the following:

In all instances, game design was partly responsible for the failure of these games to make it as top online attractions. Poorly designed games have many flaws including lack of off-line functionality, lack of immersive appeal, unnecessary online components, poor replay, eliciting the wrong responses from players, and interrupted gaming sessions. Other things to consider include the lack of a socially integrated community of players. Poor game design is akin to poor website design. Some of the commonalities include a bad fit that simply doesn’t gel with the target audience. Lighting, audio, visuals and gameplay may not be well-balanced, and many features are simply unnecessary.

Poorly designed games are also lacking in cutting-edge technology, and the typography may not match the game style. Mobile functionality is an important design element, and one which many greenhorn game makers fail to take into consideration. These factors are particularly important in MMO and MMORPG games, but are equally relevant for example in slot games at online. All games – online and otherwise – need to have a player-centric focus where easy navigation across game pages, screens, labels or help sections is assured. A clear CTA (call to action) is essential to engage players, and encourage gameplay. Spin buttons, fire buttons, selection buttons and the like must be prominently displayed to guarantee a game’s entertainment appeal.

Play ability is arguably the most important aspect of game design. If a game is cluttered to the point of being rendered unplayable, it has zero traction with its audience. Game designers pay particular attention to load times since those few seconds could generate higher bounce rates among players. This is particularly true if newbies are testing out a game for the first time. Game architecture also fits snugly into the game design paradigm. Game elements such as the foreground, the background, and the interactive elements should mesh with one another with minimal dissonance. Various tools are used in game design, notably search engine optimization by aligning game design with popular search engines like Bing, Google, Yahoo and the rest. If the game looks good to visitors, they are more likely to bookmark it and play it. 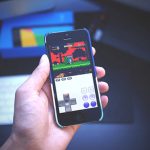 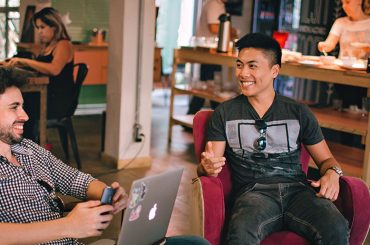 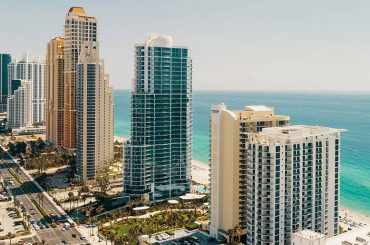 Millennium: one of the top Sunny Isles Beach properties

Building Your Brand? 5 Tips for Designing a Better Logo