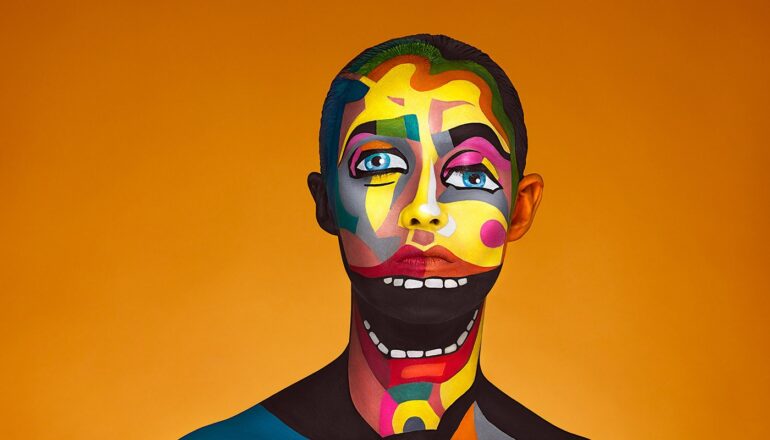 These wonderful, stunning and creative amazing portraits have been captured by Alexander Khokhlov, a commercial photographer and art-director.

Alexander Khokhlov was born in Calcutta, India but he is now based in Moscow and works as a commercial photographer and art-director in creative duo with producer and retouching expert Veronica Ershova. His work is remarkable and appreciable. He has created numerous projects based on photography and complex make-up, such as Weird Beauty, 2D or not 2D, Wild Soldiers, Humiforms. These creative amazing portraits combine graphics, minimalism, work with shapes and optical illusions.

Many of his projects are worldwide-known and could be entitled as his landmarks and his works are used for the many exquisite interiors. He knows how to work proficiently and expertly. In 2019, Alexander was named the Photographer of the Year by the One Eyeland Annual Awards. Since 2012, Alexander has specialized in conceptual portraiture.

In 2017 his artworks were exposed at the famous Catherine Edelman Gallery in Chicago as a part of the Ctrl+P project. At this time, Alexander and his team are tied up in the development and production of creative images for advertising campaigns, fruitfully cooperating with the advertising agencies.

Since 2017, Alexander Khokhlov and Veronica Ershova have been working as pet photographers. Their Dog Show project exposed both the beauty of the dog breeds and the variety of dog emotions and personalities. The Dog Show series received a wide response in mass-media. With this project, Alexander and Veronica won the Grand Prix of the Rangefinder Creatures photography competition.

Alexander’s works and interviews are featured in world mass media and this show how well-known he is because of his work and profession.