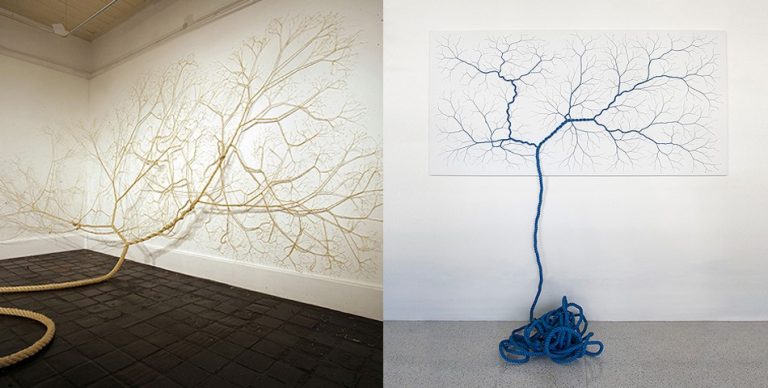 The composition is created by twisting lines, at times loose, sometimes tied to other media which bring about an organic body. It is created perfectly like the removal of stating to dynamic issues, the movements, the lines and the passage of time. Ciclotrama is the titled of artwork that have moved out through 17 poles apart repetitions since 2010. The artists say that they were interested in creating metaphors surrounding organic structures composed of both interrelated and independent parts, as well as the passage of time and the “choreography of intertwining lines.”

These untwisted ropes sculptures artwork is simply creative and cool.